The People’s Plan – an exercise in participative democracy: 15th November 2015

The People’s Plan for Manchester is an ambitious learning exercise in how to listen and understand the views, ideas and priorities of as many people as are willing to share them with a view towards changing what’s going on around us.

This is democracy in action, by contrast with the flawed version of devolution which was dressed up as an offer but has essentially been imposed on Greater Manchester by the government without even a semblance of consultation.

This is a region where the conversation of identity, destiny, autonomy and democratic vision had already begun before George Osborne stepped in with the so-called Northern Powerhouse, which local authority leaders fell over themselves in their unseemly haste to sign up to. END_OF_DOCUMENT_TOKEN_TO_BE_REPLACED

I don’t live in the North of England. In fact, sometimes I have to remind myself that it is a place and not just an event.

Devolution is coming to Greater Manchester – or is it? The government has imposed a ‘super mayor’ to rule over a combined authority and what is clear is the absence of democracy in the process. This is the case both in the way the original decision was made as well as how the new structure is planned to work. END_OF_DOCUMENT_TOKEN_TO_BE_REPLACED

Assemblies For Democracy invite people to an event run in association with Craig Thomas from the CURE research centre at the University of Manchester. The event will be based around a new role-play game built from Craig Thomas’s research on conflict around proposed fracking in Greater Manchester. The focus of the game is on stakeholders that came together around opposition to an exploratory well drilled into the shale bed in Barton Moss, Salford. END_OF_DOCUMENT_TOKEN_TO_BE_REPLACED 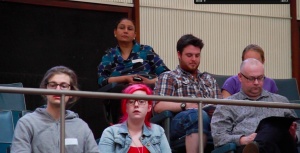 Assemblies for Democracy Manchester held a first working session on April 18, at Friends Meeting House. Below are short summaries of the feedback from the working groups. END_OF_DOCUMENT_TOKEN_TO_BE_REPLACED